The Keppel Seghers DANO® DRUM has been around for more than 20 years. There are many examples, and it is a technology for which there is good performance data. The main component is a large is a slightly sloping, horizontally mounted, rotating steel cylinder (the drum). Waste is fed in at one end and discharges it in it’s treated and separated form at the other end.

The action of blades on the inner surfaces of the drum, automatically shreds, mixes and homogenises the waste, and cleverly produces segregated waste streams.

The concept is so simple that the system is clearly not entirely patented and the Keppel Seghers design has been emulated by others, with those plants often also being loosely described as “Dano Drum” plants.

Dano drum installations have been used in both MRFs (Materials Recycling Facilities) and MBT (Mechanical Biological Treatment plants. In a MRF the Dano Drum processed waste streams would be taken off-site, after metals are removal and possibly air-flow separation applied etc.

Metals removal provides a revenue stream, and is usually easily justified, not only to avoid sending that material to landfill as a part of the residual waste, but also on the basis of the market value of the recovered material.

The high calorific value fraction would typically go to a conventional Energy from Waste combustion plant with suitable flue gas cleaning. The organic fraction may be composted, or another process such as bio-drying (essentially a short cycle composting process) applied to reduce the BMW (Biological Municipal Waste) content and make it suitable for landfilling. Alternatively, the bio-dried organic material may then have a high enough calorific value to itself be used as an RDF and not landfilled.

The process inside the drum is often described as “soft pulverisation “ as, with moisture present, all the paper and fibrous material tends form into lumps of a damp dough like material which helps to segregate the waste for maximum separation of the organic fraction.

At the same time, it is likely that the bacteria and other organisms present, by being intimately mixed with the waste, pre-conditions the organic particulates for subsequent efficient feeding of biological processes like anaerobic digestion and composting.

Care needs to be taken with the operation of the technique as unless the airflow within the drum and process generally is extracted and the odour removed before it is vented to atmosphere, there will always be an odour of “rubbish” produced. At times this can worsen to be closer to a more objectionable “anaerobic” odour, nevertheless, with suitable plant design with air extraction and filtration for odour removal the process is not inherently better or worse than many other waste treatment systems.

Keppel Seghers, in their description of this technology, point out that there is an often overlooked additional beneficial use of this process prior to landfill. That is that the pulverisation and homogenization process in the drum, increases the bulk density of the waste by a factor of 2 to 3. This volume reduction results in major savings in transport costs for locations where the landfill is a long way from the MRF. Also, if disposal of the high organic content to landfill is permitted, the installation of a Dano Drum extends the use of the available landfill void. This would provide for longer use of landfill sites and would be particularly beneficial to communities where new sites for landfilling were in short supply or not available.

Another benefit may be that landfills receiving Keppel Seghers’ DANO® DRUM material is that the treated waste may provide for a more rapid growth of the methane creating organisms (methanogens) which must become established after the waste is placed in the landfill before methane is produced, leading to accelerated early methane production and greater quantities of methane over a shorter period of time than in conventional crude landfills.

Clearly, the production of increased early revenues from landfill gas generation from any landfill would be advantageous to the landfill operator in helping to pay back the investment in landfill gas extraction equipment.

Keppel Seghers point to very high reliability and availability of their equipment. Imitations, built as prototypes by other designers have been, on at least one occasion, susceptible to reliability problems with the bearings on the rotating drums, and may not achieve such high reliability. 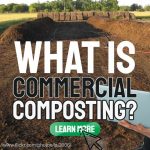