May 17, 2019 Blog One Comment
Making Energy-from-Waste by incineration should not still be accused of being a significant threat to the health of nearby residents.
Concerns about pollution and particularly the discharge of trace amounts of dangerous substances into the area around an incinerator are unfounded wherever there are strong regulatory bodies to monitor incinerators independently.
In truth, the WID, or to give it its true name, the European Union Waste Incineration Directive, has acted as a very important driver and milestone in the development of development of ever better clean-up processes for incineration plants. Modem Energy-from-Waste plants are fitted out with up to the minute air pollution control systems ( APC ), and they don't any longer impose any real risk to the environment from emissions.
The likes of the dioxin shocks of the 60s and 70s should not ever be repeated. EU emission rules for incinerators have been in-place and precisely enforced since the fulfilment of the WID toward the end of the 1990, which was instrumental in setting severe and uniform EU wide emission boundaries.
Now, we would fully accept that no-one can claim that any technical process will ever reach a completely nil release, but a safe and extremely low level of release of the appropriate components in the emissions can be, and is being achieved, routinely throughout dozens of modern incinerators currently in operation.

Permit me to explain a little bit about how this is being done. The 1st approach has been to install what could be called called front-end methodologies. The object of these has been to considerably improve the combustion process, control the cooling phase, and implement abatement technologies as early in the midst as practicable.

Modern incineration technologies are now structured so the first attainment has been the avoiding of the conditions, as far as is possible which create these poisons in the combustion process. While some poisons are still produced the amount is considerably minimized.

The second feat lies in the much improved technology employed in the clean up process on the flue gases after combustion, as they pass on their way to the chimney. A good range of micro-pollutants  – which are ever-present in the environment and thus present in all waste materials – are removed at this time. Incinerator bottom ashes are of much reduced mass and volume, but it is critical that these can be processed and ditched sustainably, after the results of the combustion process. These pollutants in the ash must be characterized punctiliously.

Residual metals could be higher concentrations, for instance. But again by making improvements to the combustion technology, modern incinerators do guarantee an exceedingly consistent and prime quality ash. It's been most significantly the facility to achieve a reliably full burnout of the waste, and better control other considerations which define the standard of the bottom ashes, that has moved forward from the incinerators of the past, now no longer operating because of the WID.

When we are taking a look at issues surrounding power from Waste plant ash quality and incinerator emissions often it's also crucial to maintain a carefully balanced point of view by considering standard practise and emissions levels from commercial and domestic combustion.
Incinerator emissions may very well now be claaner than their “natural” counterparts. Also comparing the usages to which today's bottom ashes are being put, against standard sources of so called “natural” building materials, shows the supremacy of incineration. Power from Waste Plant bottom ashes are to be be used, for example, as a substrate for road construction, where they replace what would instead be freshly quarried material.

Several nations which are renowned for their progressive environmental policies have recognized that modern Energy-from-Waste plants can be effective tools in reducing dioxins levels, and lots of new EfW plants are scheduled and being built.

Now, for any government or waste authority to put an over -dependance on one waste treatment methodology would be perilous. The other ECU Waste Directives recognize this and incineration obviously can and must only be implemented as only one of the numerous waste technologies, which should be developed in each area to effect the so-called “waste hierarchy”.
The desire of this is to be sure that options like incineration, and finally landfilling also only become active when all materials that may be disposed by other more tolerable techniques ,eg re-use and recycling, have been applied to those parts of the waste flow which can often be segregated out into those better waste streams.

This is the final solution ( if good competitive markets become established in these materials ), to the issue of handling MSW in an economical and sustainably reasonable way. 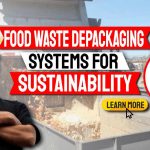 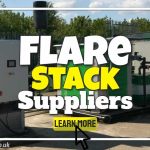 This is the final solution ( if good competitive markets become established in these materials ), to the issue of handling MSW in an economical and sustainably reasonable way. From this realization, has recently, appeared the idea of Integrated Waste Management ( IWM ). IWM is the integration of different waste treatment strategies to reach […]